The Parable of the Unjust Steward

The Parable of the Shrewd Manager is included in one of the four Gospels in the New Testament. It is in Luke 16:1-13 NIV and it would be worthwhile to read through the parable before continuing on with the explanation below.

Jesus often used parables to describe complex spiritual truths in simple earthly concepts so that people could understand more easily. There’s one aspect of the Parable of the Shrewd Manager that can still be misunderstood or confusing. At one point in the parable, Jesus commends the shrewd manager. Readers often assume Jesus is approving of the manager’s unscrupulous (unethical) behavior, but that’s not the case. He’s actually commending the manager’s clever awareness and persistence, but we’ll cover that and more throughout this post.

The Parable of the Shrewd Manager Summary

The summary of the Parable of the Shrewd Manager is that a rich man (the master) found that his manager was wasting the rich man’s possessions, so the master fired him. In order to protect his reputation and future business, the manager called in his master’s debtors and negotiated reduced debt to repay. With the manager’s shrewd (clever and artful) plan, the master received payments that were outstanding and the debtors were grateful for the reduced balance to be paid, indebting themselves to the unjust steward.

The Parable of the Unjust Steward

The Parable of the Unjust Steward explained can be broken down into a few main concepts.

God represents the rich master. He entrusts us with gifts – our talents, our livelihood (wealth/money), our possessions, etc. Entrusting us with these things means we have full access to them, but ultimately, they still belong to God, in the way the Master’s possessions belonged to him, but the manager had use and access to them. Everything we have is really God’s and we should steward it (handle it) accordingly.

2. We are the Stewards

We are the managers of God’s gifts; that means everything we have, including wealth, which is a main focus of this parable. God expects us to handle these gifts prudently. There will be a day when we will all have to account for how well we’ve used his gifts.  Did we squander them or use them for good? If we squandered them, while we were expected to use them wisely (stewarding), we will face a consequence.

For those who are squandering the Lord’s gifts, this parable is a warning to change our ways.

The part of the parable that confuses most people is when Jesus commends the unjust manager. At first, it might seem that Jesus is commending the fraud the manager committed by squandering his master’s possessions or that he was commending the man’s selfish motive to save his own reputation after having done his master wrong.

He says the dishonest manager had acted shrewdly and that worldly people are more shrewd in dealing with their own kind than his followers (people of the light).

4. Jesus Calls Us to be Shrewd

He’s not commending the manager’s deceit and waste of the rich man’s possessions, but the shrewdness the manager used in dealing with the repercussions of his bad behavior. What might he mean to insinuate that people of the light (Christians) could learn from the shrewd man’s shrewdness?

Read more about what this message means for us in everyday life in the Life Lessons below.

Life Lessons from the Parable of the Shrewd Manager

There are important life lessons in every parable Jesus spoke and the Parable of the Unjust Steward is no exception. Even if the parable itself lends to some confusion, there are solid life lessons that speak to us today.

1. Our gifts are not our own

Let’s not kid ourselves that our blessings in life are due to our own efforts and skills. After all, our skills are gifts from God and our efforts are the strength and fortitude he’s instilled in us. When things work out in our favor, it’s not because we’re a superhero.

A Christian-minded perspective considers that everything we have is actually God’s and the way we use these gifts reflects on how we either honor God or we don’t. We either use them for His good or against Him. The choice is ours.

2. We will answer to how well we stewarded those gifts

We have free will, so God allows us to make choices about how we live our lives. However, we will ultimately have to account for how well and justly we have used those gifts, as the manager did when he faced his master.

What if we’ve been squandering and misusing the gifts we’ve been given? If we’ve been greedy with money and selfishly hoard what we have, ignoring the poor and needy? Swindling people? Acting unethically? Etc, etc, etc?

Jesus assured us that our sins are forgiven through his ultimate sacrifice. We are never too far gone to change and turn back to God.

He used parables as warnings to keep us on the right path. If we discover we’ve veered onto the wrong path, we can always turn back to Him, repent, and jump back on the right track.

He will always forgive you. Always.

4. We are called to be shrewd in dealing with others

The big point of confusion in this parable is that Jesus says that the people of the light (Christians) should be more like the shrewd man when it comes to the pursuit of our heavenly goals. He is not condoning the lying, cheating, and stealing behavior. He is saying the shrewd manager carefully and artfully figured out a plan to save himself from the damage he’d done with his actions. That the careful ways of worldly people to make sure they get what they’re pursuing is the same tenacity, creativity, and determination that we should use in making our lives right with God and living according to His will.

5. Jesus instructed us to use worldly wealth to gain friends, so when our money’s gone we’ve gained wealth in heaven.

Did Jesus really say to buy off your friends? Did he mean to spend all your money on lavish gifts and treats? If you’ve read the Gospels and heard Jesus describe the life of a Christian, it’s obvious that’s not what he meant.

Using our worldly wealth to gain friends means using our wealth to help people (especially the needy and the poor), thus gaining the recipients as ‘friends’. He assures us that when we give generously – not just from our excess, but until it really affects our wallet – we will gain a heavenly reward accordingly.

In Matthew 6:25-34, he assures us that he will always make sure we have enough, even when we give away what we have. Sometimes his definition of ‘enough’ may not match our own definition, but still, his challenge is to give generously to those in need and it will not go unnoticed.

As an example, he said in Mark 12:41-44 that a poor woman who gave two coins to the church had given more than everyone else because the rest had given out of their excess, but she’d given money she truly needed to live.

We are called to be generous with our money to support the church and all of God’s special people in need.

6. No one can worship money and God

When we love God, the riches we seek are not of this world. Should we be prudent and plan for our children’s education and our retirement? Is it okay to have a nice home? To take vacations? Yes. Jesus doesn’t require us to be poor.

But the caution here is that we need to keep money in its rightful place. When our priorities in life revolve around “things”, there’s a good chance we’re losing sight of God.

When we truly seek a relationship with God, the material things stop mattering. The size of the house becomes irrelevant. The brand of the car or clothing doesn’t matter.  When we love God, we give freely to those in need.

It’s not possible to love God and money. If you think you love both, you’re lying to yourself. If you say you love God, is that reflected in how you spend your money?

The dishonest manager represents us. We will all be called to task and have to account for how well we’ve stewarded (used and preserved) God’s gifts to us.

Why did the master commend the shrewd manager?

The master commended the shrewd manager because of his actions in addressing the situation that he had created. He found a skillful and creative way to handle it. His approval was not related to the unscrupulous behavior of misusing his master’s possessions.

Even with the Bible commentary on the parable of the shrewd manager, the compliment of shrewdness is still somewhat hard to grasp. As I reflected more on the value of shrewdness that apparently Jesus was referring to, it struck me that Jesus’ whole ministry was so successful, in part, because of his own shrewdness. I hope this example helps to bring more light to the topic.

1. Shrewdness is skillful and artful persuasiveness

When I reflected on how effectively Jesus used shrewdness in his teaching, I thought of shrewdness only in the sense of his skillful and artful persuasiveness, without the typical negative connotation that the word usually includes.

2. Jesus welcomed sinners with the hope to convert them

Every person Jesus encountered was a sinner but he didn’t begin conversations with, “You’re a sinner. Repent!” even though that was one of his primary goals.

Instead, he welcomed everyone. He talked with, listened to, and befriended the worst of the worst sinners. It was through this method that people were drawn to him. The crowds became larger. Word spread about him and his message. People cared about what he said and listened to his teaching.

3. With persuasiveness, people want to change

Over the course of their interactions, people WANTED to change to follow Jesus. They didn’t follow him because he threatened them. People wanted to change because of who Jesus was (and they didn’t know he was the Messiah at the time), not because Jesus demanded that they change or because he belittled them.

4. A Message of Love and Redemption Draws People

If Jesus would have beaten people over the head with how sinful they were, how many would have followed him? Instead, he shrewdly drew them in with a compelling message of love and redemption.

How many times today do we see Christians brow-beating others over their sinful ways? Are they right? Yes, but Jesus would have also been right if he called everyone out on every sin.

5. Open your arms, as Jesus did

We can act more shrewdly as Christians today if we open our arms to others (as Jesus did) rather than using a megaphone to point out their sins. When we open our arms and hearts, we draw people in who then begin to discern where their lives need to change to align with Jesus’ teaching. If we follow Jesus’ shrewdness, we would be more effective in growing the Kingdom.

6. Catch flies with honey, not a flyswatter

Parable of the Shrewd Manager Commentary

This post may contain affiliate links. This is my full disclosure.

Do you love the parables as much as I do? You may enjoy reading life lessons on these others (listed below), these activities for adults and children, or this list of Parables and Meanings. More parable lessons are underway. See them all HERE! 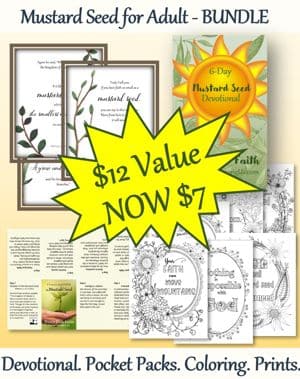